Home » Why I’m a United Methodist 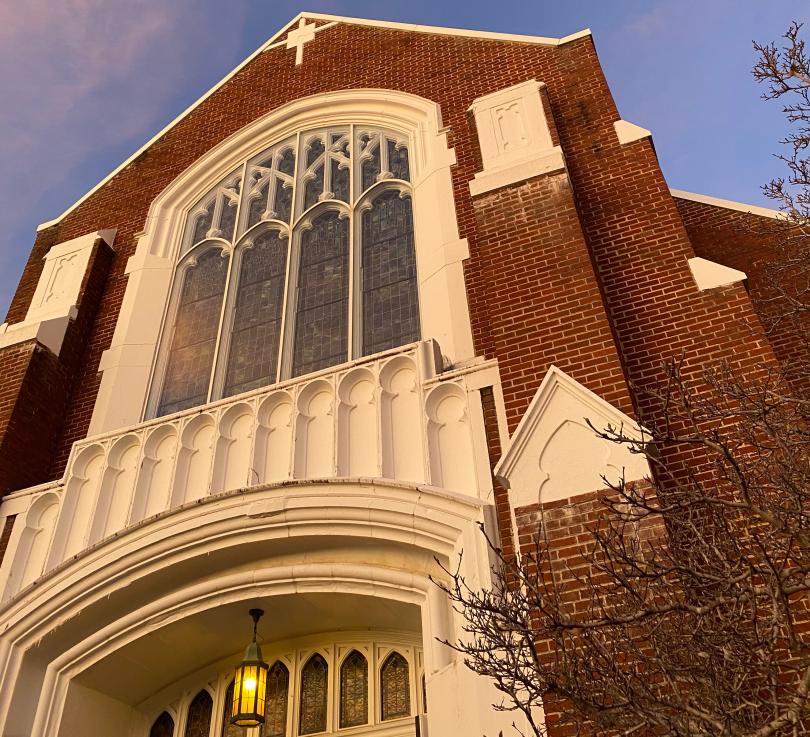 The church I grew up in believed that we, and we alone, had “The Truth.”

We lived in a black and white world. This made certain things, like arguments about faith, much easier. If you wanted to say the right things, you could memorize the answers provided by the church. If someone asked things that stumped or confused you, you could call in the preacher to straighten things out.

We frowned on education, particularly education offered by state schools, which sometimes encouraged people to question authority or ask “Why?” As the Dean of Education at the Bible college where I once worked said, “This church is not here to teach people how to think. We are here to teach them what to think.”

The Sunday School that Changed Everything

Years after leaving the church of my childhood, thanks to Clyde’s influence, I ended up in a United Methodist Sunday school class. The topic of the lesson escapes me, but I do recall a question coming up about how to interpret a particular verse of scripture. Some people felt it meant one thing; others felt it meant something else.

The following Sunday, the class brought in the minister to lead a discussion about the meaning of that verse. The class leader read the verse aloud and asked the minister, “What does this verse mean?”

Having been conditioned by years in my childhood church, I expected the minister to nod wisely, open his Bible, provide a long series of proofs and cross-references, refer to the meaning of the original Greek, and give us the answer.

Instead, he said, “What do each of you think the verse means?”

To be honest, this freaked me out a little.

One person spoke up, said what he believed the verse meant, and explained why. Another person did the same. Still another gave a third interpretation.

“Interesting,” the minister said. “I have ideas about what the verse means, too. But rather than share them, I’d like to encourage each of you to keep reading this book and chapter. Keep studying it. Keep talking about it. Pray for guidance, that the Holy Spirit will help you interpret it. And think, too, about how to read that verse in the context of tradition, your personal experience, and common sense.”

“You think we’ll all reach the same conclusion?” someone asked.

The minister shrugged. “Maybe. Maybe not. But the beauty of being a United Methodist is that we don’t have to reach the same conclusions. Like John Wesley said back in 1770, we can agree to disagree.”

There. Right there. That one exchange sold me on being a United Methodist.

After years of being done with religion, I joined the United Methodist Church shortly after.

It has been surprising, then, after finding a home in a church whose theology allows us to “agree to disagree,” to find the United Methodist Church polarized to the breaking point over the issue of whether or not people like me and Clyde should be considered second-class citizens in the kingdom of God.

It’s uncomfortable. It’s frustrating. It’s heart-breaking. To be more honest than I should be, sometimes I feel like I should be apologizing. “I’m so sorry to be who I am,” I imagine myself saying. “I’m so sorry it has caused so much trouble. I’ve never, ever wanted something like this to happen.”

Meanwhile, non-Christian friends who have always rolled their eyes at my participation in churches take this as another opportunity to say, “See? What did we tell you? Why are you dealing yourself so much grief by trying to be a part of a place where you’ll never be fully accepted just because of who you are?”

Throwing the Book (of Discipline) at Me

The United Methodist Book of Discipline — a sort of rule book for the church — expresses its opinion about me very clearly: “The practice of homosexuality is incompatible with Christian teaching.” This statement was added to the book in 1972, near the beginning of America’s first Great Gay Panic.

Throughout the seventies and eighties, the language was expanded to say: “Therefore self-avowed practicing homosexuals are not to be certified as candidates, ordained as ministers, or appointed to serve in the United Methodist Church.” Further, “ceremonies that celebrate homosexual unions shall not be conducted by our ministers and shall not be conducted in our churches.”

(Nicely, the book does go on to say “All persons are of sacred worth,” that the UMC will “not … reject or condemn lesbian and gay members and friends,” and that “all people may attend … worship services, participate in … programs, receive the sacraments and become members in any local church.”)

This text is the basis for how people like me are treated by the United Methodist Church. We’re neither “rejected or condemned.” We can attend, participate, take communion, and be members. We are, as many people tell us, “welcome.”

I appreciate this. I’m also aware, though, that we are welcome in the sense that Rosa Parks was welcome to keep riding the buses in Montgomery — that is, as long as she embraced her status as a second class citizen by riding in the back of the bus. People like me and Clyde are welcome to be United Methodists … as long as we’ll embrace the idea that, though we are people of “sacred worth,” we’re not worthy enough to serve as ministers or get married in the church.

Why I’m Still A United Methodist

Yes, that hurts. No, I don’t think it’s right. But yes, for the moment, I’m still a United Methodist, and happy to be. Here’s why:

I appreciate United Methodism’s tradition of allowing people to hold a diversity of opinions while thinking, studying, praying about, and discussing the issues on which they differ. I believe this is one of United Methodism’s greatest contributions to Christian practice. It makes me sad to see this (very clearly Wesleyan) approach being abandoned by those who believe the church must split over issues related to human sexuality.

The United Methodist Church welcomes members to challenge its policies on gay people. As the official church website notes, “Some members feel strongly that the church should uphold its current stances regarding gay clergy and marriage. Others strongly advocate for inclusion of LGBTQ Christians in all aspects of life in the church. While the church has official statements regarding homosexuality, all members can disagree with the church’s positions and can advocate for change in policy.”

By being present, I hope I can, in some small way, encourage people to ask questions, rethink prejudice, and work for change.

I find inspiration in what the United Methodist Church has done with regard to the role of divorced people and women in the church. The New Testament, reflecting the culture in which it was conceived, is very clear in the dim view it takes of divorce and divorced people, who, with certain exceptions, are viewed as adulterers and, therefore, are generally not regarded as worthy to serve as church leaders.

United Methodism has chosen to transcend this bias, allowing divorced people to remarry (despite John Wesley’s condemnation of the practice) and hold positions of leadership (including the ministry) in the church.

(A quick aside: some of the people in the UMC who have expressed the greatest displeasure over my single 30-year marriage to Clyde have been on their own second or third heterosexual marriages, a fact they don’t seem to find ironic at all!)

And, famously, John Wesley himself ignored New Testament rules stating that women are to “learn in silence with all submission” and forbidding them “to teach or have authority over a man.” (For more on this, see Wesley, Women, and the WCA: How John Wesley Decided Who Should Preach.)

And you know what? The United Methodist Church’s culture is richer for having moved beyond these cultural biases. I’ve been influenced by (and deeply love) some amazing teachers, leaders, and ministers who have divorce and remarriage in their past. I’ve seen first-hand how uniquely effective and powerful women can be in the role of minister and leader.

In both cases, initial opposition to the full inclusion of divorced people and women were ardent and vocal, quoting scripture and fighting against what was, at the time, considered heresy. I have faith that, with time, the same compassionate progressive attitudes will bring good people in the United Methodist tradition to see beyond the cultural biases that have been projected on some scriptures about people like me.

I believe that love wins. In the end, I believe in the goodness of people’s hearts and the power of love to overcome prejudice. I believe that, as years pass, those who intend to split the United Methodist Church over the possibility that it might one day more fully include people like me will see that they were on the wrong side of history — as were those who opposed full inclusion of Black people, divorced people, and women.

I’m grateful for the United Methodist tradition of allowing its members a plurality of beliefs … and the right to pursue clarity while respecting those who see things differently.

I’m proud of the United Methodist Church’s history of supporting social justice and taking progressive views on the roles of Blacks, women, and others in the church.

I’m intrigued by how the United Methodist Church supports an evolution of faith, embracing the idea of a progression of understanding, tempered by Scripture, tradition, personal experience, and reason.

That’s why, despite the Book of Discipline and the current controversies around the role of people like me in the church, I am happy to be a United Methodist … and if you’re a United Methodist today, I hope you’ll think very carefully and prayerfully before casting this rich, amazing spiritual identity aside.